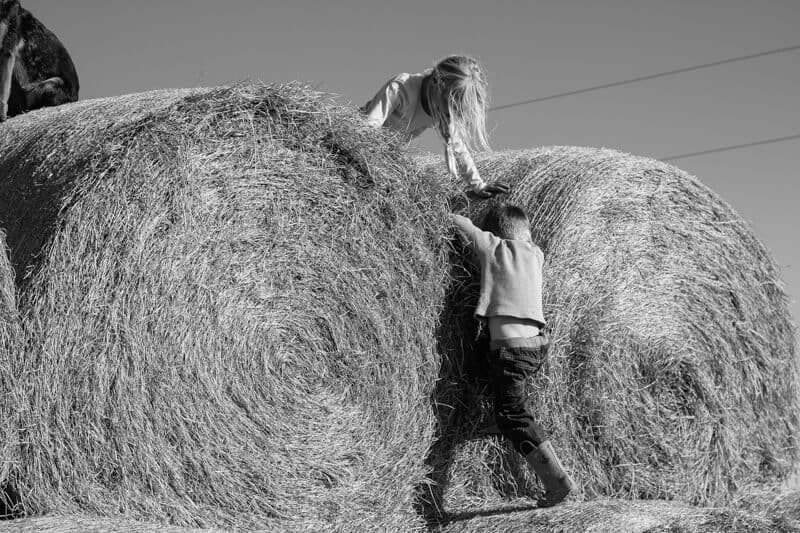 How’s that for a politically-incorrect title?

Failure is a pretty distasteful word in our culture.

“They were such a failure…”

“He totally failed at that…”

“Failure is not an option.”

We’ve all heard and said those phrases and they carry an extremely negative connotation, don’t they?

As a recovering perfectionist, I’ve had a longstanding beef with failure. I hate messing up, I hate making mistakes, and I hate knowing I could have done something better.

And yet… I’ve come to embrace and even celebrate failure the last few years… Sound bizarre? Allow me to explain: 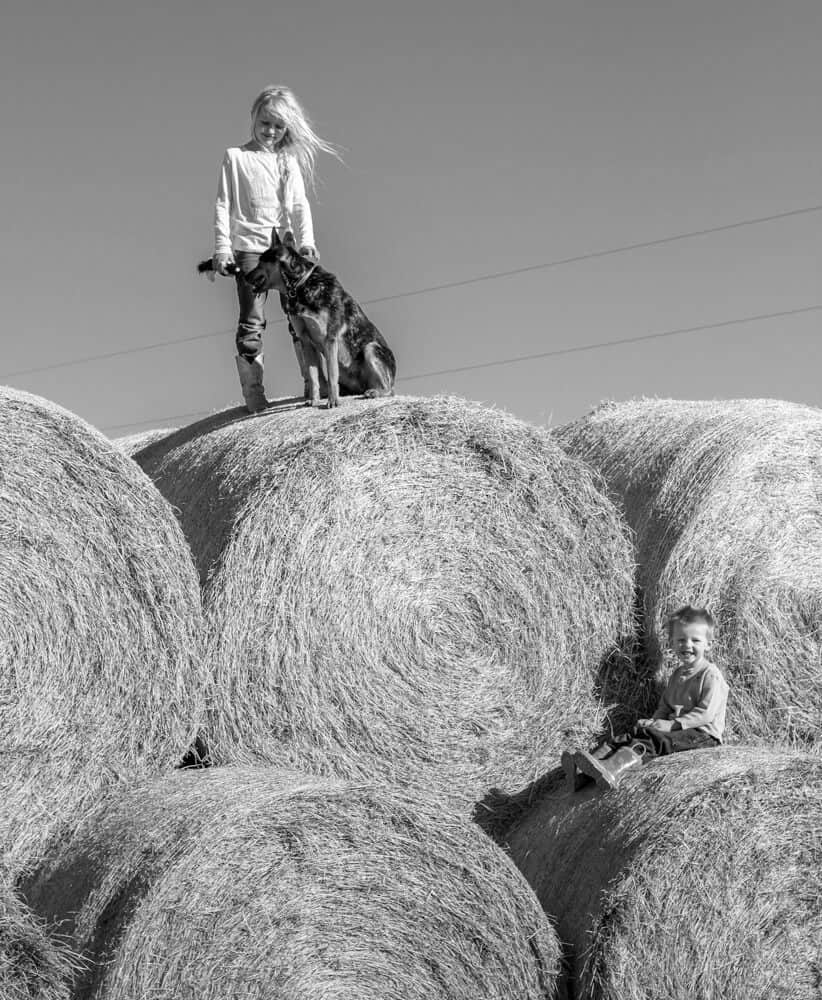 I’ve had quite a personal transformation over the course of this homesteader-turned-blogger-turned-entrepreneur journey. It’s something I never expected and I didn’t exactly see it turning into what it has when I first started fantasizing about a compost pile. It’s been a life-altering journey of upleveling myself and my mindset, and I wouldn’t trade it for the world.

As a result, people often ask me how it all happened… They want to know my number one tip, my secret sauce, my advice for other “normal people” hoping to experience success in their own journey, whatever that may be.

For the longest time, I never knew what to say… I would hem and haw and stutter as I tried to spit out the semi-coherant word of wisdom I assumed they were expecting.

After spending a lot of time pondering this (and I mean a LOT– I’m weird like that…), I think I’ve narrowed it down to a single, over-arching principle which has given me a big boost in my life–bigger than anything else:

I’m willing to fail more and fail bigger than most people I know. 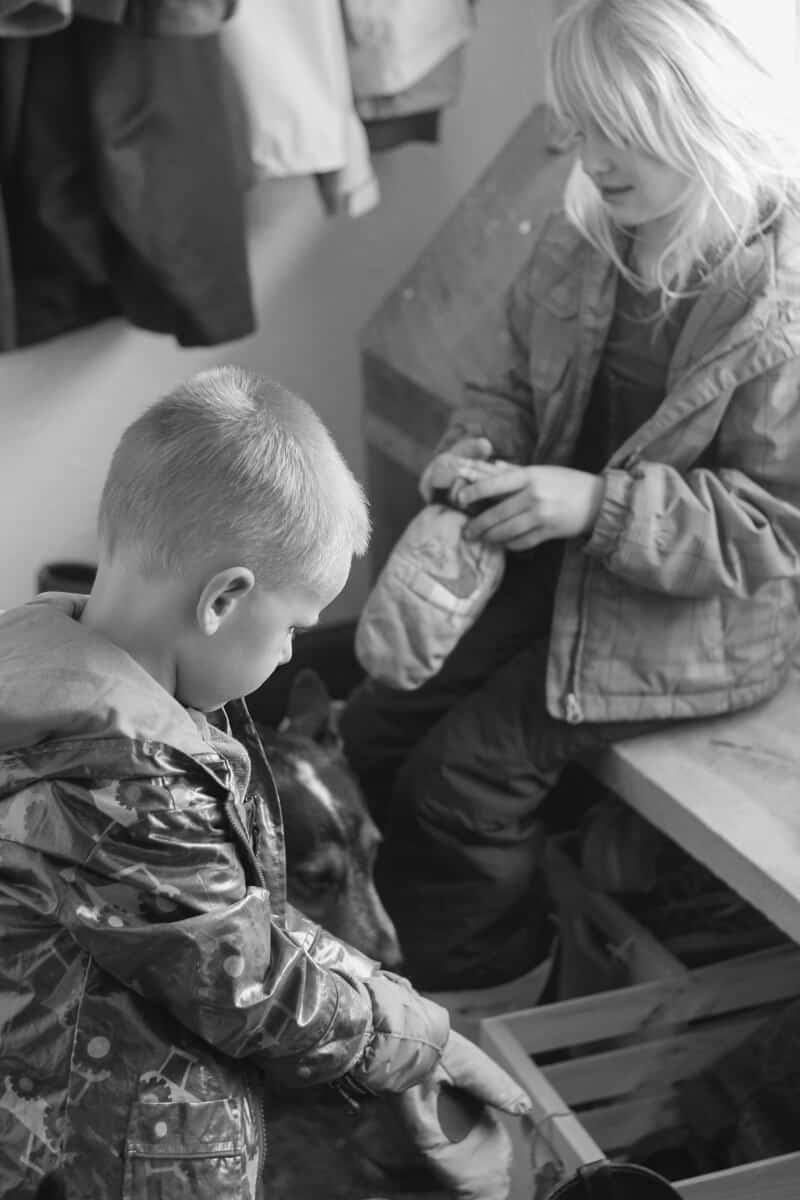 Homesteading is what first taught me the true value of failure. Looking back at the last 8 years, we’ve had some considerable mess-ups in our homesteading journey… Things like:

But here’s the deal…

We’ve had these colossal mistakes because we were willing to jump in and just do it, even if we knew we’d likely fall on our face in the process. And therein lies the magic.

If you haven’t yet experienced some measure of failure in whatever you’re passionate about, you might not be trying as hard as you need to be in order to experience the success you’re chasing.

And Lord knows, if there’s one thing I do well, it’s try.

What have I learned from all these years of homesteading mess-ups? Failure is the key to success.

“If you want to succeed faster, double your rate of failure.” 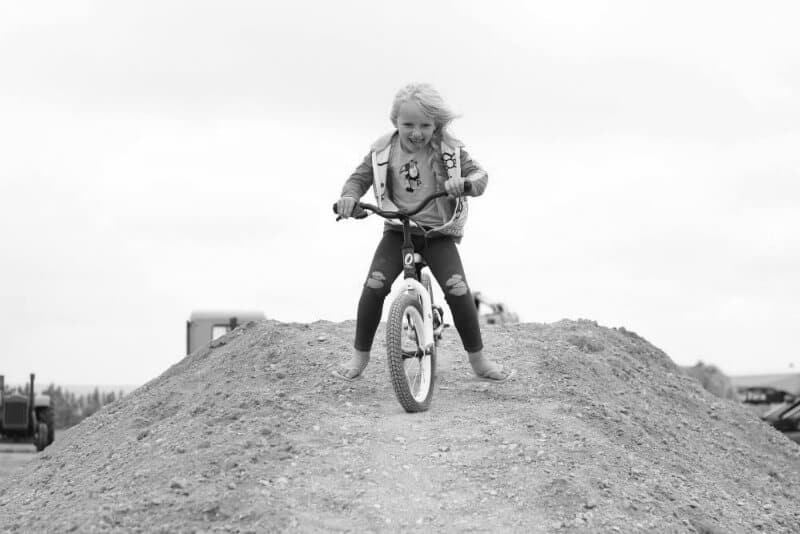 Now don’t misunderstand– I’m not saying I love the feeling of failure… Because I don’t. It still stings. And my face still turns red with embarrassment sometimes. But I’m not afraid to dive into something headfirst– even if that means I might have a royal mess-up in the process.

So why do I feel strongly enough about this to write an entire blog post on it?

Because nothing makes me more sad than seeing people consistently playing small in their lives because they are afraid of messing up.

Fear of failure is rampant. It shows up in homesteading, and in business… In procrastinated goals, and in abandoned hobbies. It causes dreams to remain unfulfilled and regrets to pile up in mounds. It’s paralyzing.

Last year, I came across this video by the CEO of Spanx, billionaire Sara Blakely (Spanx is a massively successful shapewear company, for those of you who aren’t up on woman’s clothing (I’m not either…)). I hit me like a ton of bricks when I first watched it… (You can watch it here– it’s only a few minutes long)

In the video, Ms. Blakely explains how her Dad taught her to celebrate failure. To look for failure and to own it. I thought about that video for days afterwards.

What if… instead of being ashamed of our failures, we own them? What if we start celebrating failures as proof someone had the guts to try in the first place. Wow. That’s radical stuff. 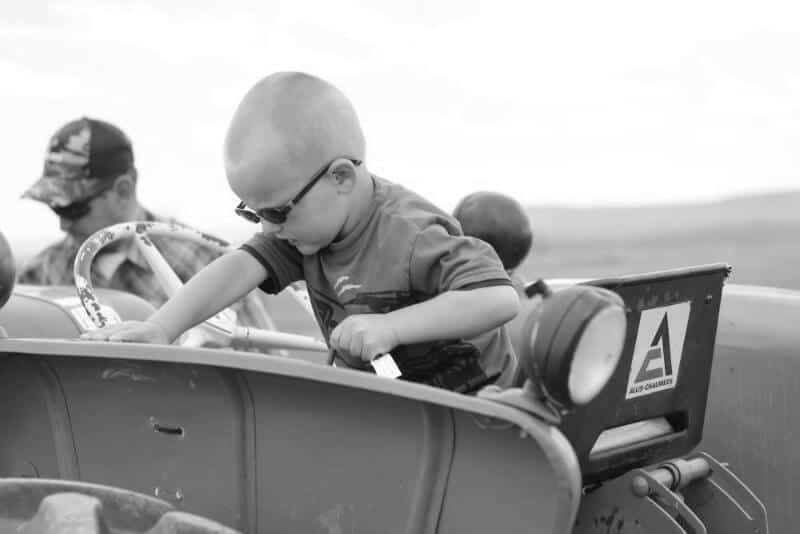 I’ve seen this principle so boldly manifest itself in my life, I’m determined to teach my kids to fail. It’s a wild concept in a culture that loves participation trophies and shielding kids from anything that may be “hard”… But I’ve never been very good at following societal expectations, so I suppose this won’t be any different.

And so we talk, the Prairie Kids and I. About winning and losing. About the value of try and having grit. About their mistakes, about my mistakes, about Daddy’s mistakes. We talk about how Mommy totally bombed her reining pattern at a horse show this year and how it means I just have more practicing to do (true story….). We talk about Prairie Girl practicing her cartwheels, and how many times she fell over before she finally nailed it. And sometimes, we even celebrate the try and the failure just a little bit more than the success itself.

And sometimes they have to remind me, because I forget. 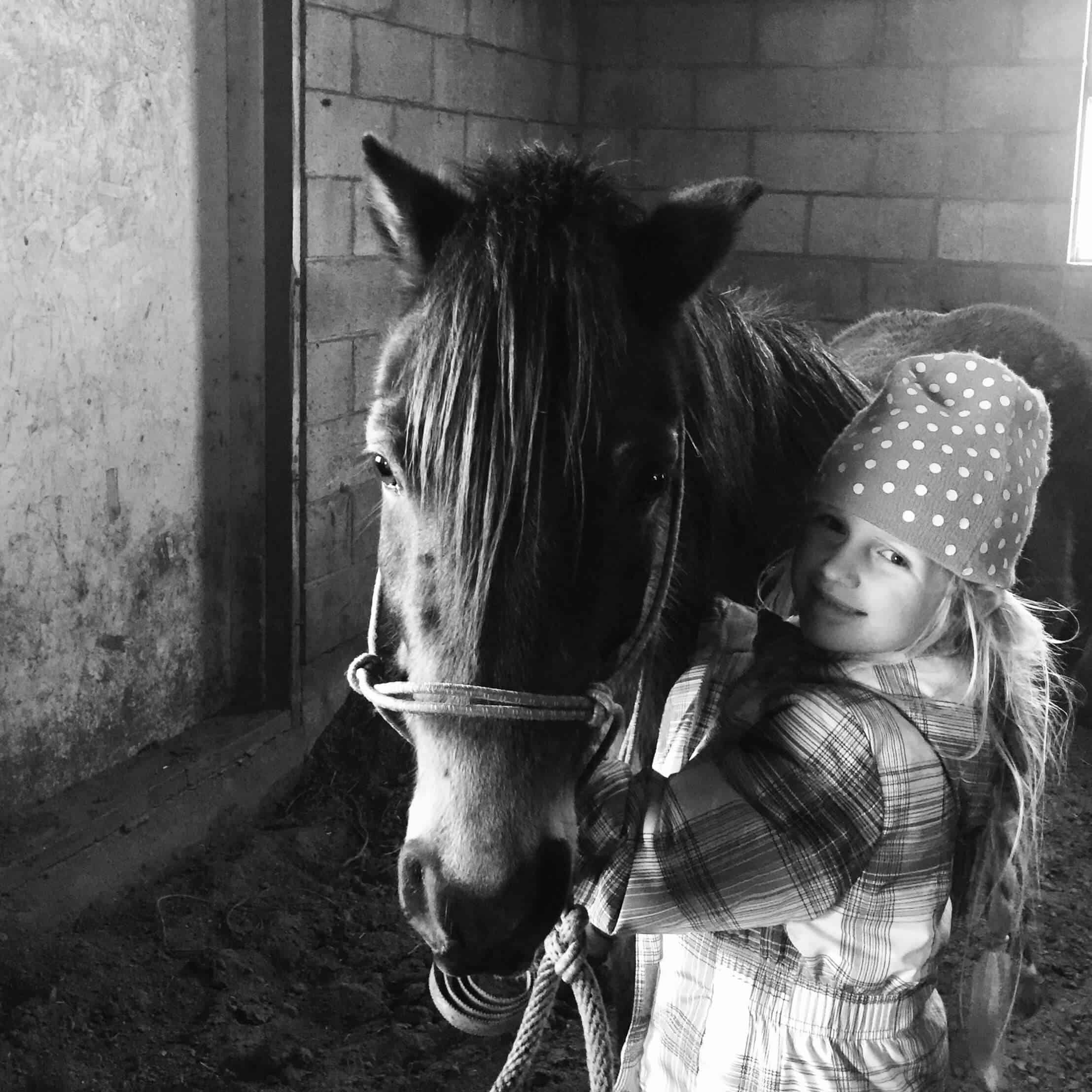 The hardest part as a parent is to fight our natural urge to shield our children from the struggle. It’s so natural and sometimes it is appropriate… But other times, it steals the chance for them to wrestle and win.

A couple of weeks ago, Prairie Girl (age 6) and I were out in the barn. She’s learning how to catch her horse and tie the halter all by herself. Rope halters can be confusing, especially when they’re tangled. I stood there for a while as she fumbled with it and attempted to make sense of the wadded mess.

Without thinking, I offered, “Here, let me do that for you.”

She didn’t even turn around as she quickly replied, “NO, Mommy. I have to mess up so I can finally learn how to do this. I don’t want you to help me.”

And in that moment, I knew she is a whole lot smarter than I was even just ten years ago…

There’s one thing I know for certain: Success is so much sweeter on the heels of a failure. Sometimes it has to get darn ugly before it can get pretty. And if you quit in the midst of the striving, you miss out on the greatest reward of all.

So my dear readers, as 2017 begins, I wish you a year of lessons, adventures, and failures. And next time you have a ginormous homesteading mistake, be sure to shoot me an email to tell me all about it. I’ll be the first to give you a high five and a “way to go!”

Listen to the Old Fashioned On Purpose podcast episode #64 about The Most Important Thing I’ve Taught my Kids HERE. 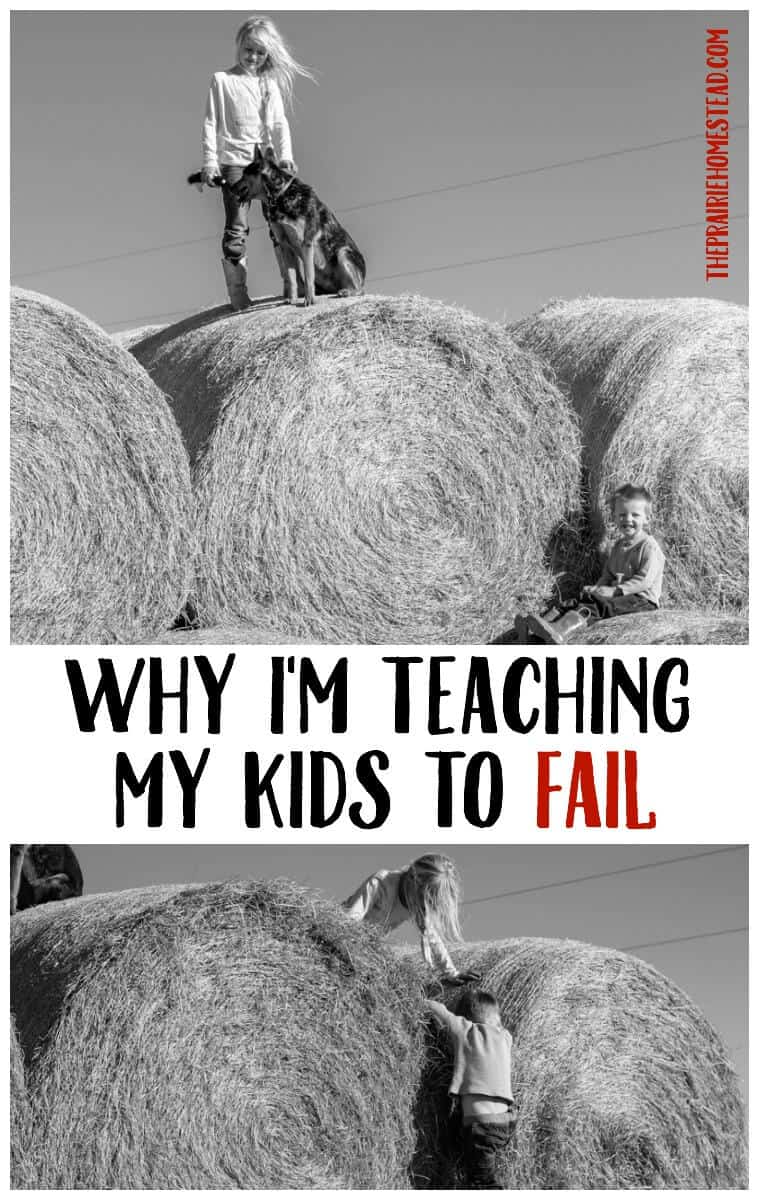 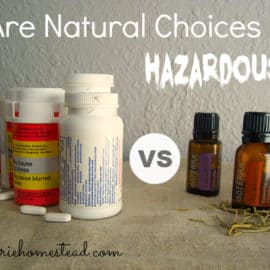 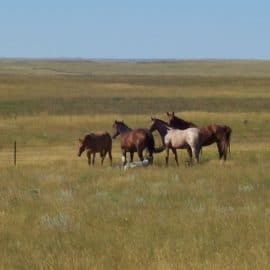 It All Started with a Compost Pile…. 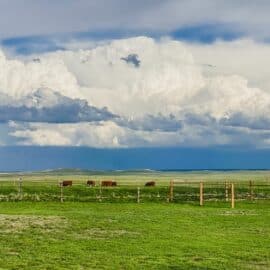 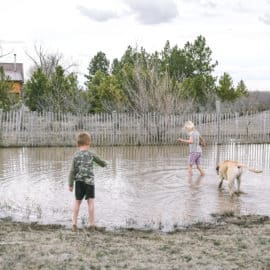