Making homemade bread does not mean you have to scrounge around to find yeast. This is a list of ways for making all sorts of delicious baked goods and breads without commercial baker’s yeast. 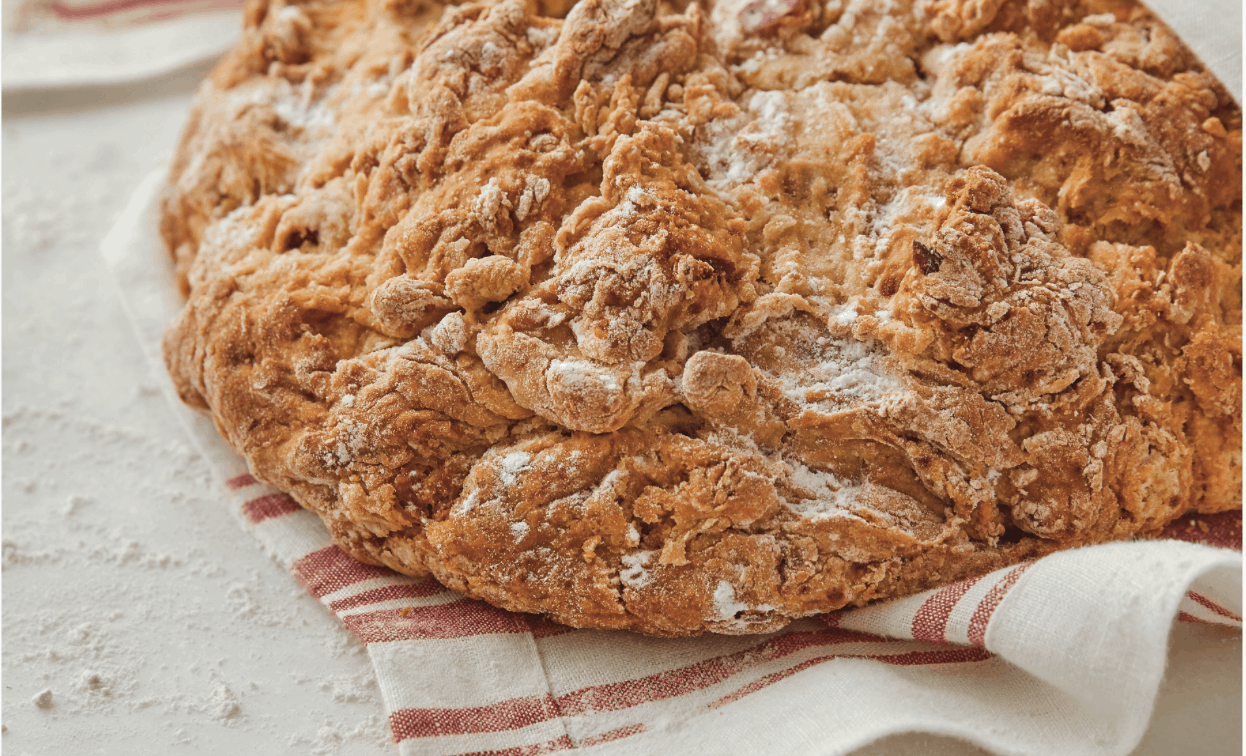 Did I ever think I’d live through a yeast shortage?

Unfortunately, with the rise in all things baking lately, finding supplies for making bread has been especially challenging. However, I’ve found that when the grocery stores just don’t have the supplies like usual, that just means it’s time to bring out some old-fashioned homesteader ingenuity.

In fact, I’ve been rather enjoying the chance to think outside of the box lately, whether I’m researching toilet paper alternatives (who knew that would be in the 2020 plans?) or trying to remember how to grind wheat berries so I can have flour again.

And for some reason, while the grocery stores have been slowly trickling in some increased supplies of flour, I’m not finding yeast anywhere quite yet.

But it’s all good, because I’ve gathered together this list of types of bread recipes that don’t require yeast. Because let’s face it– humans have been making bread for THOUSANDS of years without commercial baker’s yeast. We can do this, friend.

So whether you’re a bread-making baking expert with a yeast shortage or a newbie to from-scratch cooking, this list of breads without commercial yeast will creatively challenge you and help you make plenty of tasty breads for your family.

How to Make Bread Without Yeast 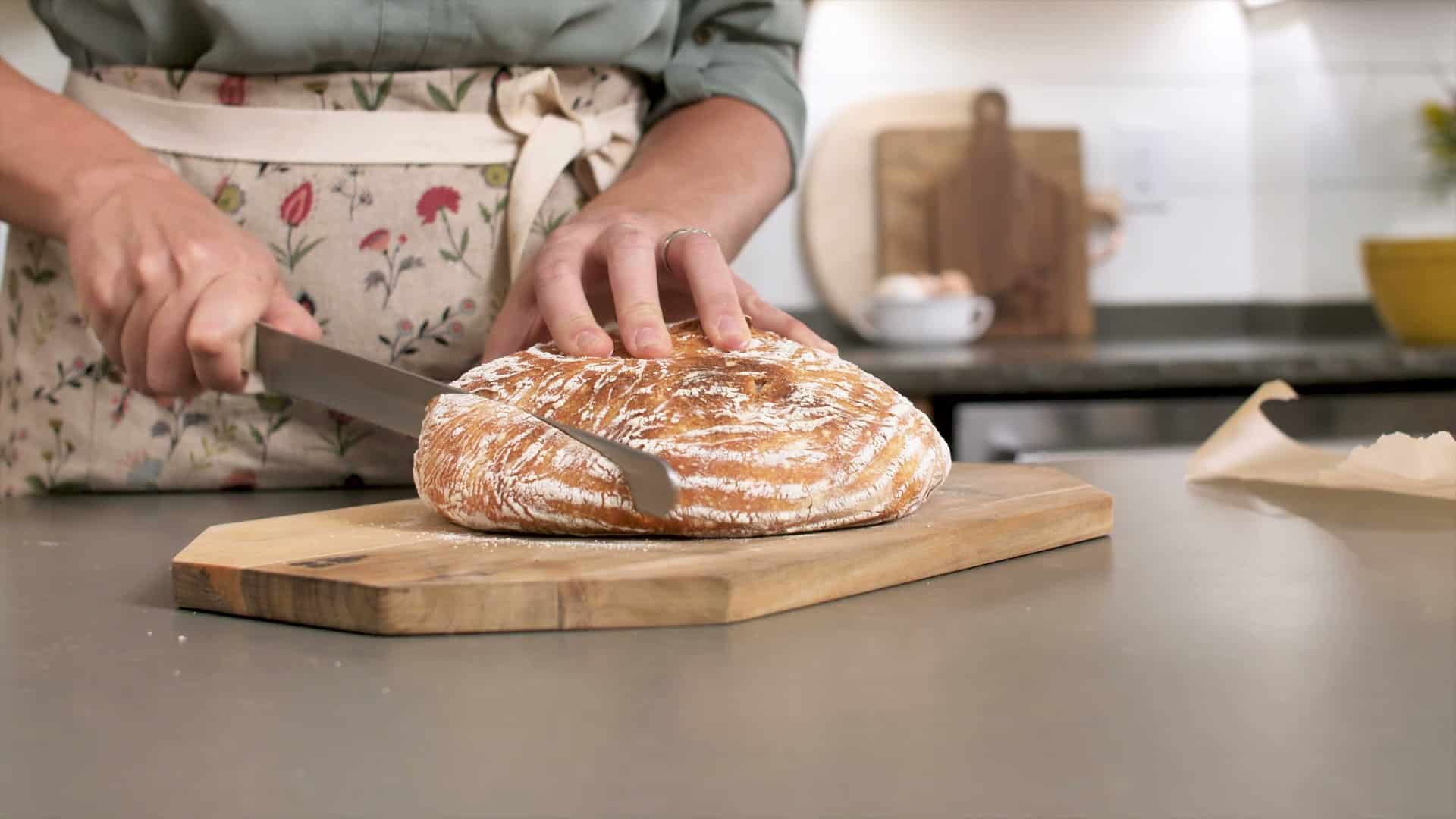 Technically not “yeast free”, sourdough bread is made with captured wild yeast (aka the sourdough starter) which is simply flour and water that ferments for 5-14 days before it is active and ready to use. One of the awesome things about making your own wild yeast and sourdough bread is that you can use the discards after feeding your sourdough starter to make other delicious foods for your family, including crackers and pancakes.

I’ve been leaning heavily on my sourdough lately and I have a bunch of helpful articles for you:

I love growing sprouts made from vegetable seeds as a crunchy and nutritious addition to my sandwiches, but did you know you can also make sprouts from grains? Sprouted grain bread is also known as Essene bread. Some variations of sprouted grain breads go by names like Ezekial bread and Manna bread.

This is an ancient way for making bread that uses sprouted grains (quinoa, rye, etc.) and often dried fruits and nuts are added to the dough as well. It’s a sweeter bread, especially if you add dried fruit to it. Many modern sprouted grain bread recipes now add commercial yeast to the list of ingredients, but I have found a few that try to be pretty traditional. Check out this step-by-step instructions for Sprouted Grain Bread from Mother Earth News or this beautiful Sprouted Manna Bread recipe from Wholehearted Eats.

An Irish Soda Bread is traditionally made with baking soda, flour, salt, and buttermilk. The bread rises from the baking soda instead of using traditional yeast (hence the ‘soda’ part of the name). The cool thing about soda bread is that it doesn’t need extra time for rising, so it’s a quick and easy bread to make for dinner. It is a hearty and thick bread, much like sourdough, so it’s perfect for dunking into soups and stews.

Unleavened bread is made without any rising agents, so it’s usually simply flour, water, and salt. It is a traditional bread used by Jewish and Christian communities for Passover (aka Matzah bread) and for communion (as wafers).

Since it has no rising agents, it’s super quick and easy to make and requires no proofing (or rising) time. However, it also means that this is a flatbread, which can be delicious alongside hummus or some sort of dip or sauce. This unleavened bread recipe by Alyona’s Cooking looks amazing. 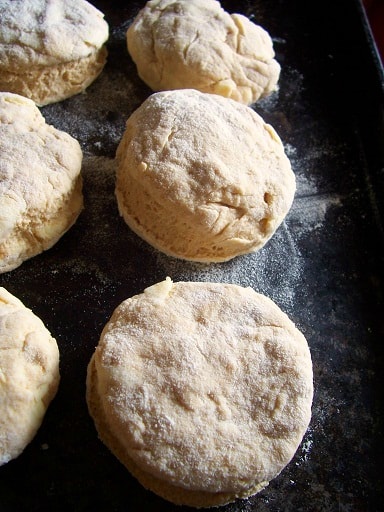 Biscuits remain one of my favorite go-tos when I need a bread side with supper. They are great for sopping up gravy or broths, and they’re equally delicious with butter and jam.  (P.S. Homemade biscuits were one of the very first things I learned to make from scratch.)

An old-fashioned biscuit will rise due to the baking powder or other rising agents, so yeast isn’t a necessity. My buttermilk biscuits recipe is a staple at our homestead table, especially for big meals like Thanksgiving and Christmas. In a pinch, you can make some hearty mini-sandwiches out of them to make a great lunch.

Flatbread is similar to unleavened bread recipes except that flatbread recipes can be more versatile. Unleavened breads, since they are tied to religious practices, have limited ingredients. Meanwhile, you can have more creativity with flatbreads and naan breads with herbs and spices, different cooking oils, etc.

Naan bread is slightly different than other flatbread recipes because it has a heavy use of baking powder in the recipes. This makes naan bread fluffy and soft. You’ll find both yeast-filled and non-yeast recipes for flatbreads and naan bread. I thought this Quick No Yeast Flatbread recipe from Let’s Dish Recipes looks super simple and tasty and I also liked this No-Yeast Naan recipe from The Kitchen Paper. 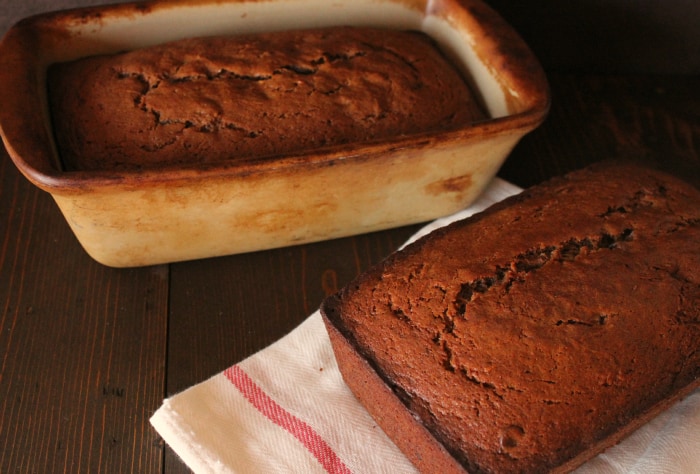 If you need some side dishes for meals to help fill up hungry kids (they can be ravenous!), in a pinch, you can always start making quick breads. Try making banana bread, zucchini bread, pumpkin bread, and/or cornbread to fill up the dinner plate. There are tons of delicious and creative quick bread ideas out there.

I personally love my Honey Maple Pumpkin Bread recipe (even when it’s not October…I know, I’m a rebel). Also, don’t forget about zucchini bread this summer, especially if you’re growing fast growing vegetables like zucchini in your garden. Try my chocolate zucchini bread recipe with your excess zucchini, it’s amazing.

If you don’t have yeast packets or wild yeast around, you can always get your yeast from another common item – beer. Beer bread is incredibly easy to make and pretty hard to mess up (I love recipes like that). You simply mix all of the ingredients in a bowl, pour into a bread loaf pan, and bake. Beer bread is a dense loaf, and it has a tangy taste similar to sourdough. It’s perfect slathered with butter or for dipping into soups and stews.

Some beer bread recipes call specifically for self-rising flour, but I found a few that use basic all-purpose flour instead. This simple Beer Bread recipe from Striped Spatula uses only 6 ingredients and she has lots of tips on substitutions if you’re need to swap out things. Also, this Honey Beer Bread recipe by Julie Blanner only takes 5 minutes to put together and I love that it includes honey. 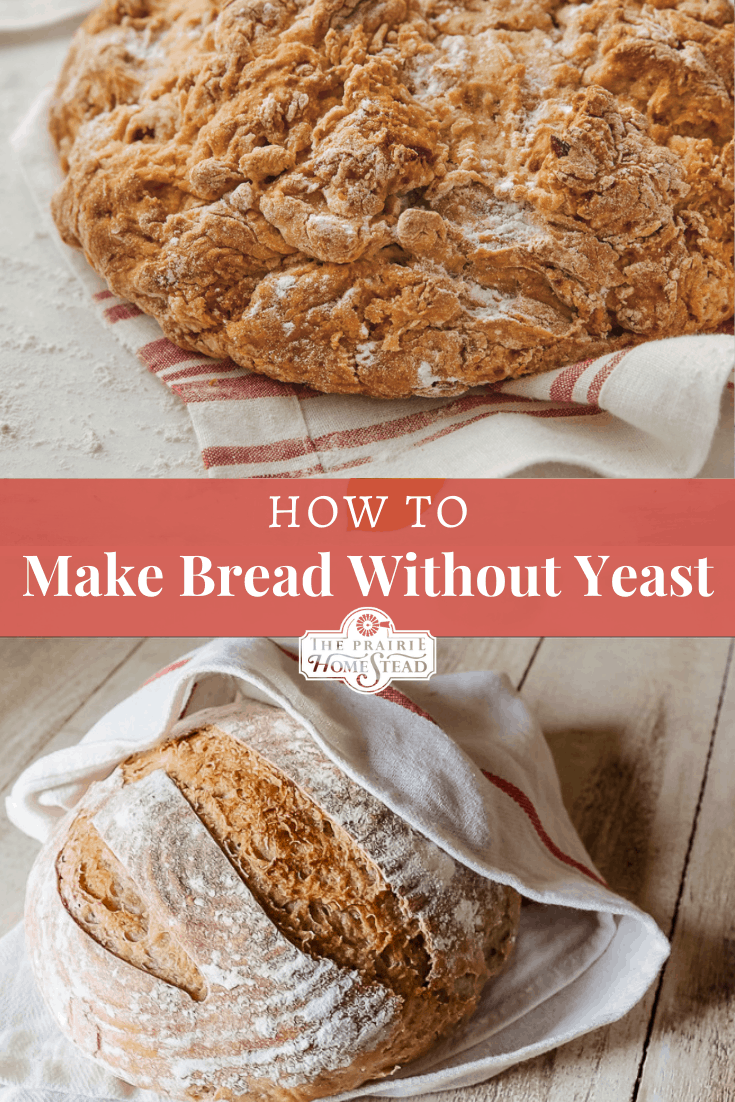 So am I rationing my small supply of yeast at the moment? Sure. But I’m actually thankful for the chance to get out of my “baker’s yeast” comfort zone. And isn’t that really what homesteading is all about anyway? Making do with what we have.

Of course, if you truly miss yeast, there are a few ways to make yeast at home (besides a sourdough starter). This article by The Survival Mom talks about how to make yeast from potatoes and also from fruit, though I’ve seen some comments on facebook that these yeasts are tough to get right.

Cooking from-scratch recipes in your kitchen can be such a joy. If you’d like to learn more heritage recipes and kitchen basics, make sure you check out my Heritage Cooking Crash Course, where I teach you how to make nourishing foods that don’t require tons and tons of your time. 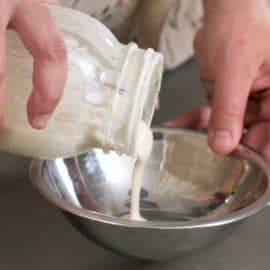 How to Make Your Own Sourdough Starter 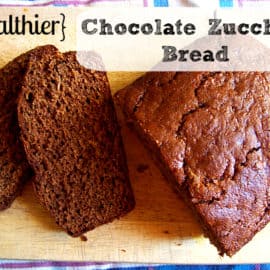 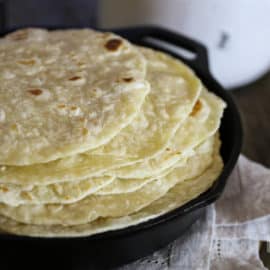 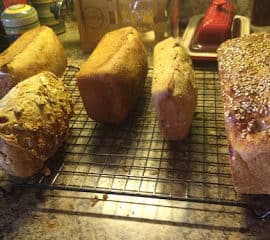