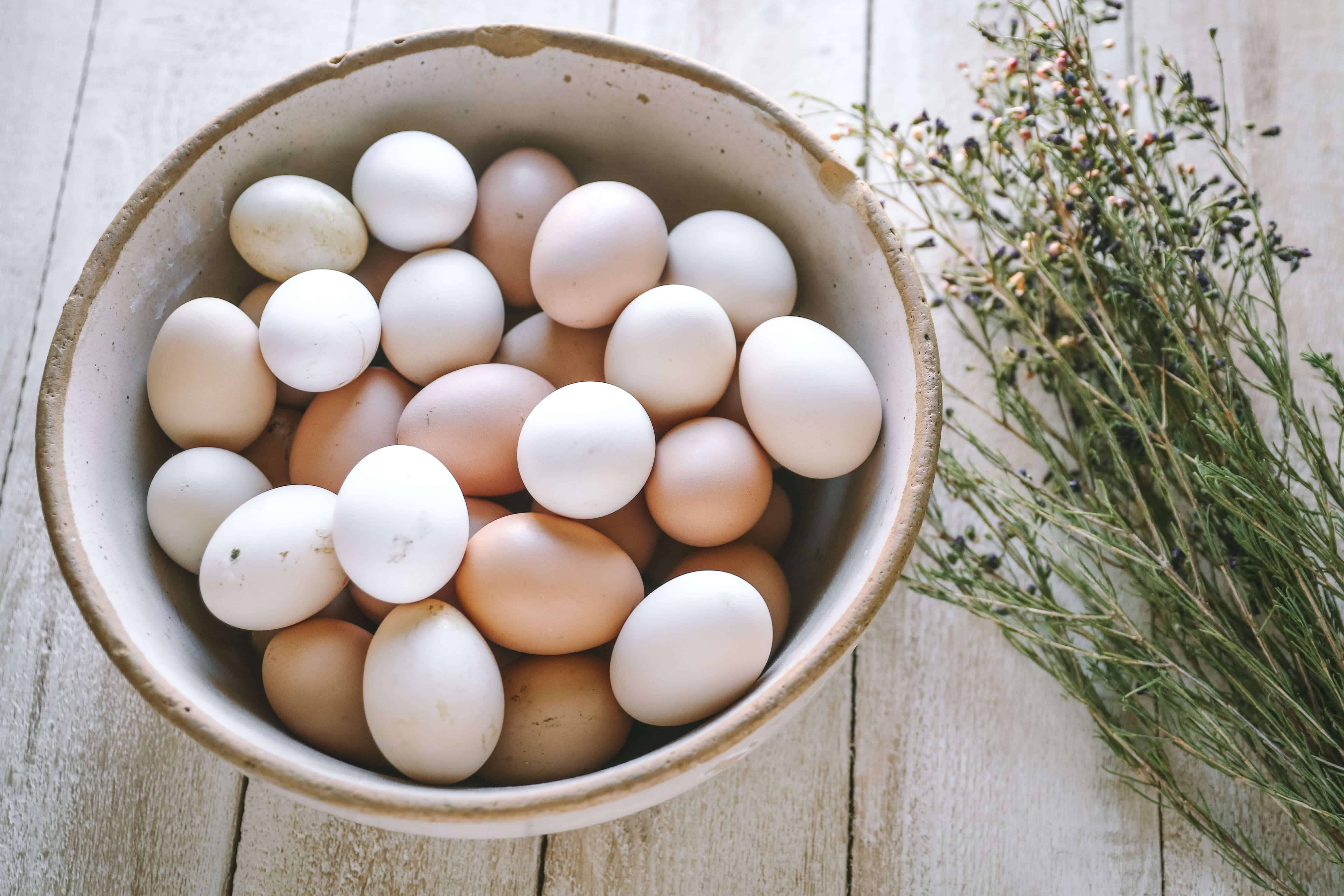 Lest you think that everything I attempt always turns out perfectly (not that you had any reason to actually think that…), allow me to share my adventure into the world of egg dehydration.

Since my post on freezing eggs got so much positive feedback, I thought I’d look into some other ways to preserve extra eggs for later. You can pickle them, cover ’em in lard or grease, and even “water glass” them by immersing them chemicals.

I’m not a fan of pickled eggs, and none of the other methods seemed too appealing to me, so I got to thinking (which is always dangerous)…

A lot of bulk food and survival food type of stores carry dehydrated eggs. So why couldn’t I dehydrate my own at home?

After a little research, I discovered that it is a fairly common practice, but I also came up with mixed reviews. Some people said it was “dangerous” to dehydrate your own eggs, while others said it was super easy and safe.

I’ve never tried commercially dehydrated eggs, and my chickens are laying well right now. So of course, I had to try it. Off to my kitchen I went.

Want to watch me compare and contrast different egg preservation methods on video? Check it out here (otherwise, just scroll down for the dehydrating eggs story):

How to Dehydrate Eggs (or not…)

First up, the cook-then-dry method.

I scrambled 4 eggs in a frying pan, just like I was cooking them up for breakfast. I put them in my dehydrator, set it at 145 degrees, and let ‘er rip. 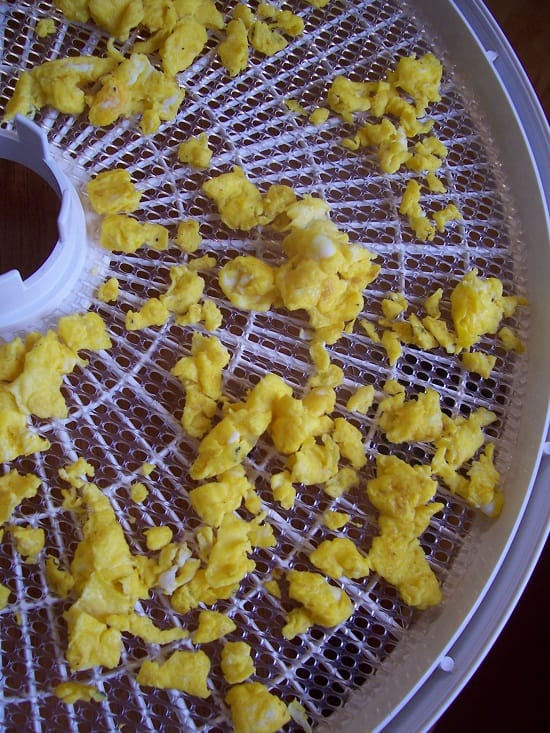 First problem– they took forever to dry… Even longer than the raw eggs below, which really surprised me. And when they finally DID dry, the egg particles were rock hard and, to be quite honest, I had no desire to figure out how to grind them. So we’re calling that attempt a FAIL.

Next up, the “raw egg” method:

For this test, I chose 4 very fresh, homegrown eggs. (If you try this, I recommend only using eggs that come from a reputable source (i.e. That’s NOT random grocery store eggs). There seems to be some debate over whether the eggs will get hot enough to kill any bad bacteria, like salmonella. I used my homegrown eggs, which I happily eat raw, so I wasn’t worried.)

I scrambled them really well, and then poured them in a thin layer on my dehydrator tray. 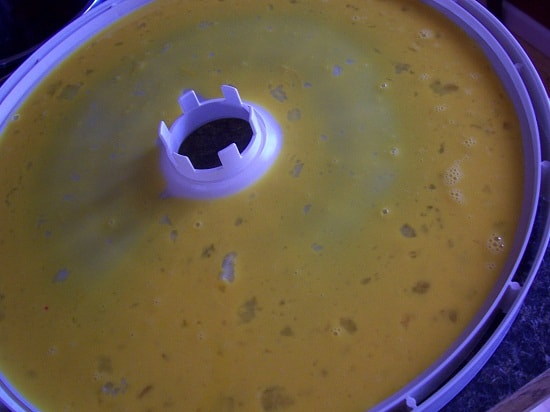 (I also attempted to dry another test batch of eggs in my oven. FAIL. The lowest my oven will go is 170 degrees, and even though I tried to stir the eggs every once and a while, it was just a mess. Not recommended….)

I set my dehydrator at it’s highest setting (145 degrees) and left it for about 6-7 hours. 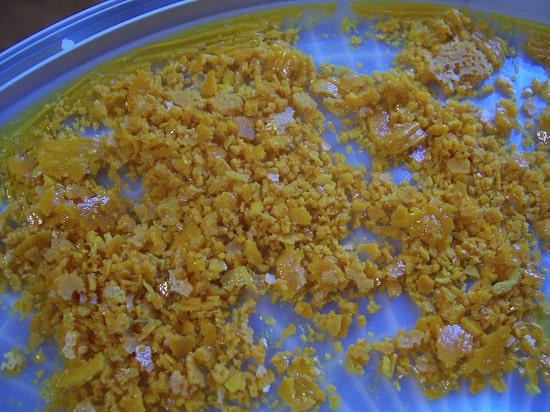 When they were “done” they were dry and crumbly, but definitely not powdery. Definitely more of a grainy consistency. But, I thought I’d try to cook them up anyway.

After mixing the dry eggs with water, it was still pretty grainy. So I let it sit for 5 minutes. Still grainy. So I cooked it up in a skillet to make scrambled eggs. Which resulted in grainy “scrambled” eggs. They tasted okay, but the consistency was hard to get past…

My next bright idea was to try grinding them down a bit more. My reasoning was that perhaps a finer powder would absorb water better, thus improving the texture.

I got out my trusty electric coffee grinder. Bad, bad, bad idea. My coffee grinder still won’t speak to me. In fact, I tried to use it to grind some flax seed the other day, and it was still sputtering and spewing egg gook. Moral of the story: do NOT use a coffee grinder to grind dry eggs. Period.

The food processor didn’t really work either. Maybe mine is just a cheap model, or perhaps there wasn’t enough quantity, but the eggs just kinda sat in the bottom of the bowl and didn’t really grind.

So out came the mortar and pestle. It sorta worked, and got the eggs ground up slightly finer, but after a second attempt to re-hydrate and scramble, the results were still mildly gross.

I did use my dry eggs in a muffin recipe, and it turned out normal and un-grainy… Perhaps powdered eggs are only supposed to be used in recipes?

So. It appears that I have three options:

I really wanted this to work, but it just plain didn’t. At least not for me… I might end up trying it again, but probably not for a while… It seems like a lot of work for a less-than-yummy end product.

So readers- I am dying to know– Have you ever tried dehydrating eggs? Was it successful or not? Any tips you can share? 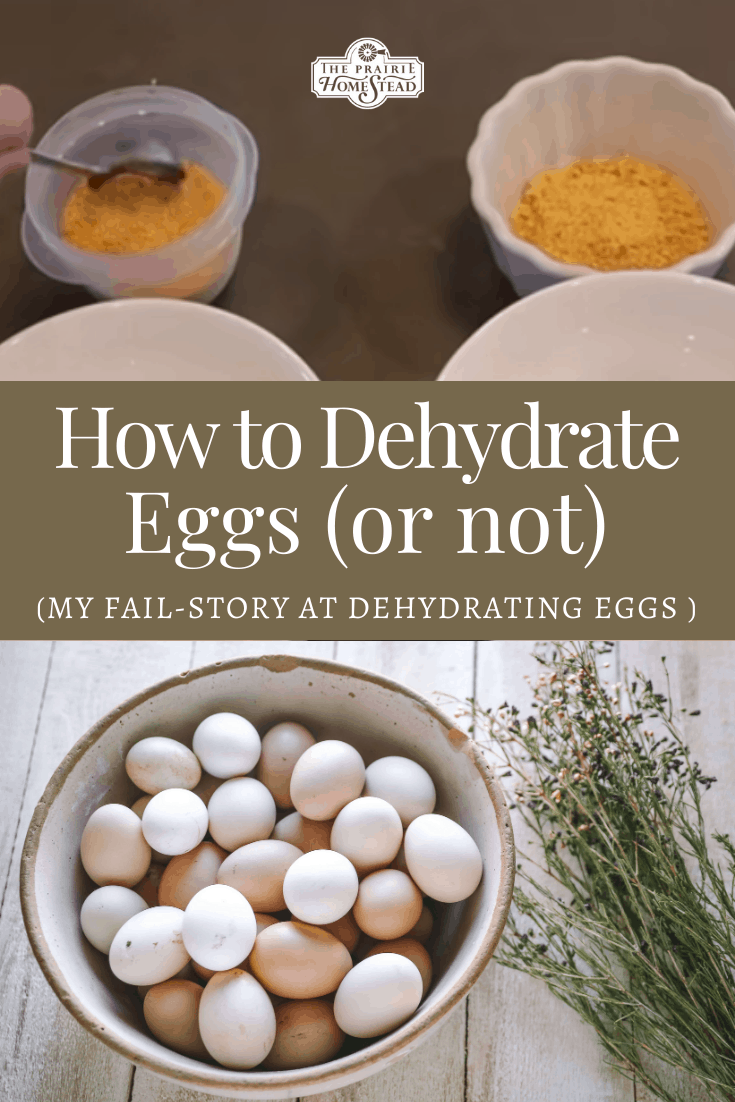 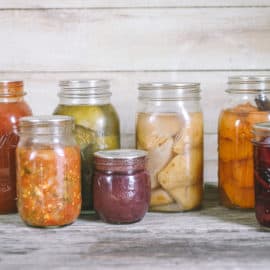 The Ultimate Guide to Canning Safety 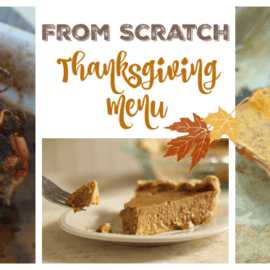 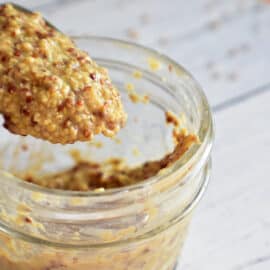 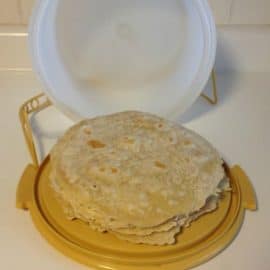 How to Store Homemade Tortillas