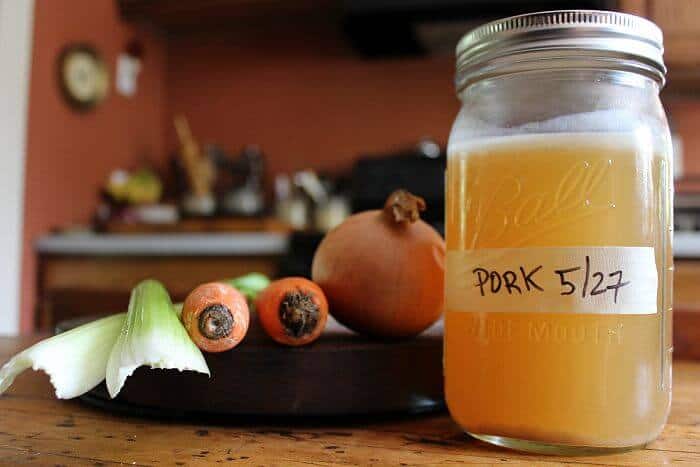 I was so thrilled when Craig Fear from Fearless Eating said he’d write a post on making pork broth. I feel like I’ve pretty much mastered making poultry and beef broth, but have yet to venture into homemade pork broth. I’m ready to give it a try after reading Craig’s advice, though!

With the resurgence of interest in making real homemade bone broth from actual bones, pork broth is an option few people consider. In fact, I hardly know anyone who makes pork broth and I’m guessing you don’t either (including yourself).

Now truth be told until recently, I’d never made a pork broth. But it’s slowly becoming a staple in my kitchen for quite a few reasons.

Chicken and beef broth move over!

Here are four reasons (recipe included in reason #3) why you should start making pork broth:

A few years ago I could get almost any type of grass-fed beef bone in my local health food store for relatively cheap. Not so anymore. With the increased demand for bones in recent years, I’ve noticed the prices rising. And of course, pastured chickens are not cheap either.

But because so few people make pork broth, pork bones are a lot more affordable. In fact, it’s rare to even see them on display at meat counters or even in butcher shops themselves. So you’ll probably need to ask specifically for some pork bones.

Your local butcher will be glad to give you some! And of course, another good option is your local farmer.

I picked up a five-pound bag of pastured pork bones for about $6 recently which included a nice variety including leg, neck, hip, and rib bones.

And yes, I highly recommend getting the best quality bones possible. Bones from grass-fed and pastured animals, raised on their natural diet, will give a more nutrient-rich and flavorful broth.

But there’s an even better reason to start making pork broth. Now if you’re new to the traditional food world, just a warning for reason #2. Prepare to cringe a little.

Or maybe a lot. 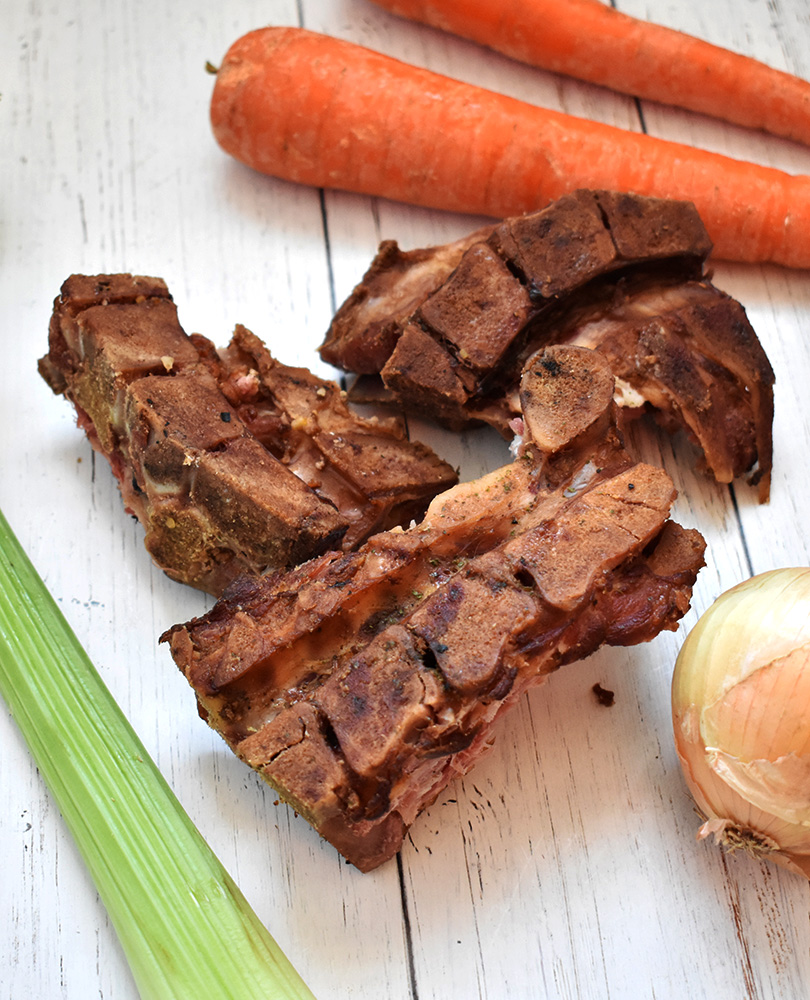 2. You can get a super gelatinous broth if you use pig’s feet!

If that freaks you out, don’t worry. You don’t have to use pig’s feet. But understand that traditionally, cultures used not just bones but all parts of the animals for a bone broth. Tails, heads, necks, and yes, feet were common additions.

And that’s because all those parts are collagen-rich. Well, collagen has lots of health benefits.

Collagen comes from the Greek word “kolla” which means “glue” and it’s literally the stuff that glues animals (including us) together. It’s made up of proteins that form strong yet pliable connective tissues, such as tendons, ligaments, cartilage, joints, skin, and even bones.

In a slowly simmering homemade bone broth, those proteins break down into gelatin which consists of amino acids like glutamine, proline, and glycine which have a multitude of healing and protective effects in the body, especially in our GI tract. It’s why bone broths are a key component in the initial stages of the GAPS diet and other digestive healing protocols.

It’s also why traditionally, before the age of Tylenol, cough syrup and Tums, mothers, and grandmothers all over the world made a simple chicken soup for things like the common cold, indigestion, and other types of common health issues.

You can actually see proof of a gelatin-rich broth when it cools. It will literally gel and jiggle like Jello. This is a good thing!

I recently grabbed two pork feet from my local butcher at about $5 each. I asked him to split one in half knowing I’d be blogging about it. Look at all that collagen in there!

Again, it’s totally optional to use pig’s feet. You can still make a great bone broth with just the bones which will be infinitely better than anything you could buy in a box or a can.

And you’ll NEVER get a gelatin-rich broth in a store-bought product.

The process is no different than making a chicken or beef broth. Here’s a simple recipe using my easily memorized 5-step process (because each step begins with the letter S).

How to Make Pork Broth

Step 1. Soak. Place pork bones and pig’s feet in the bottom of the stock pot and cover with water and add vinegar. Let sit for 30-60 minutes. This will help pull the minerals from the bones.

To develop more flavor, you can roast the meaty bones first. This is not absolutely necessary but highly recommended! Set in a roasting pan and roast at 350 – 400 degrees for about 45-60 minutes until browned but not charred. Then add to the stock pot and soak.

Step 2. Skim. Bring to a gentle rolling boil and skim any scum that forms on the surface. Add veggies after skimming.

Step 4. Strain. Let broth cool to about room temperature. Strain broth from bones and veggies and transfer to storage containers.

Step 5. Store. Store in the fridge for up to 7 days. Freeze whatever you won’t use within a week. 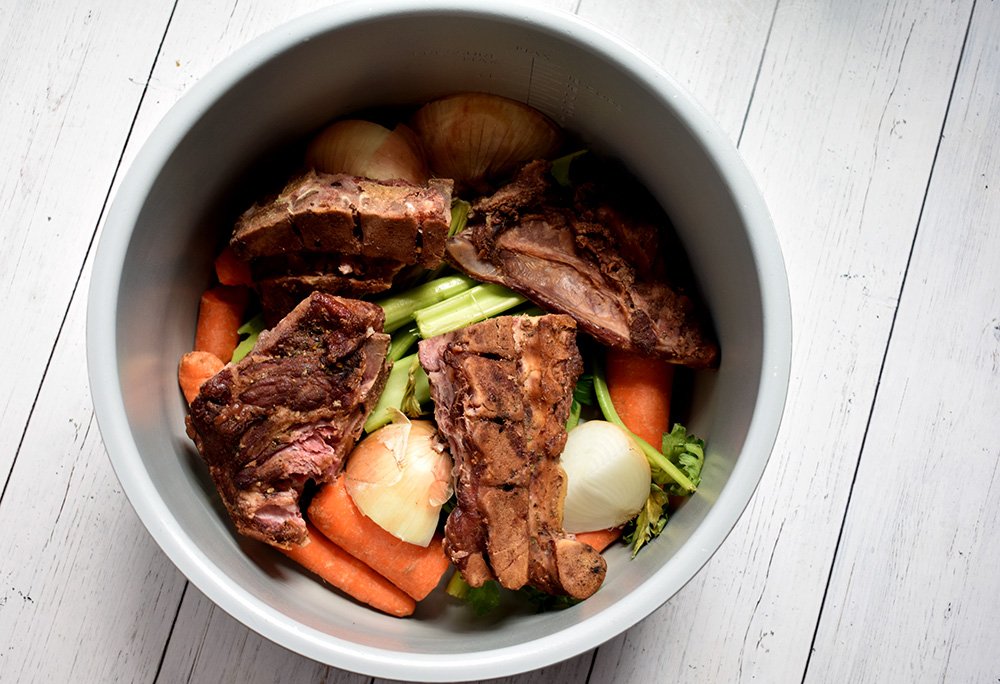 4. You can make some KILLER Asian noodle soups

Or really any type of soup you want. Have a recipe that calls for chicken broth? Use pork broth instead. Same for beef broth. Personally, I don’t find the flavor of chicken and pork broth that different though others will surely disagree with that statement. As with all things that involve the taste buds, personal preferences differ. Bottom line: Try it and decide for yourself!

But pork broth is a staple in Asian cuisine and makes a great fit for many types of Asian noodle soups.

And I loooooooove Asian-themed soups. I make them ALL. THE. TIME.

Like an Asian pork chop noodle soup that’s included in my new book, Fearless Broths, and Soups: Ditch the Boxes and Cans with 60 Simple Recipes for Real People on Real Budgets.

My love of Asian noodle soups stems from my extensive travels in Asia and it’s why I have an entire chapter dedicated to them.

There are also recipes for:

Of course, I know Asian soups are not everyone’s cup of broth. If that describes you know that I also have chapters on:

And yes all of those recipes can be made using pork broth!

Do You Make Homemade Broth?

The heritage cooking crash course is all about teaching you the basics of cooking from scratch. It includes videos and written instructions for you to use while you follow along.  Click Here To learn more about my Heritage Cooking Crash Course! 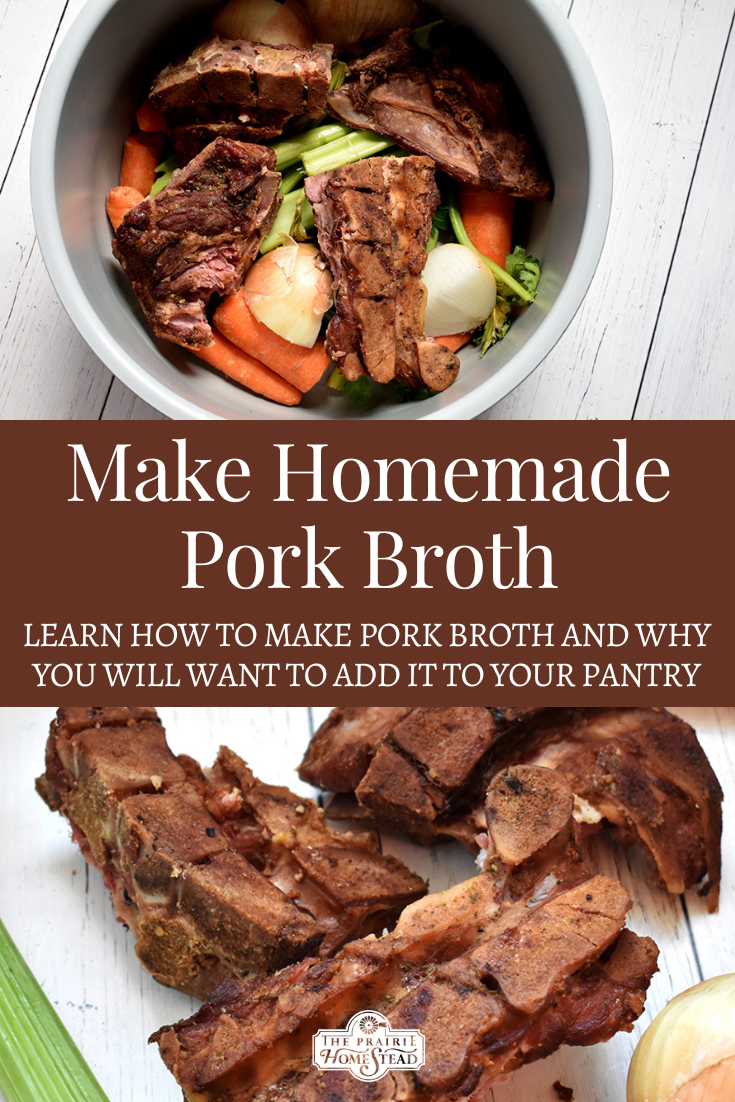 Craig Fear is a certified Nutritional Therapy Practitioner (NTP). He lives in Northampton, Massachusetts where he works with clients with digestive health issues. In addition to his latest book Fearless Broth and Soups, he also created a complementary video course for bone broth making-newbies called How to Make Bone Broth 101. 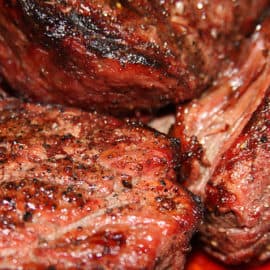 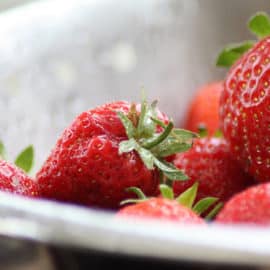 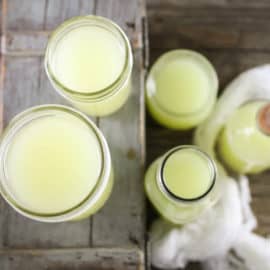 Practical and Creative Uses for Whey 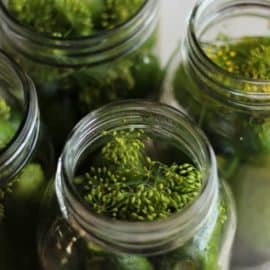