Listen to My Latest Podcast Episode:
Season 11: Episode 11: How to Find Nourishing Food WITHOUT a Farm with Liz Haselmayer
Jump to Recipe 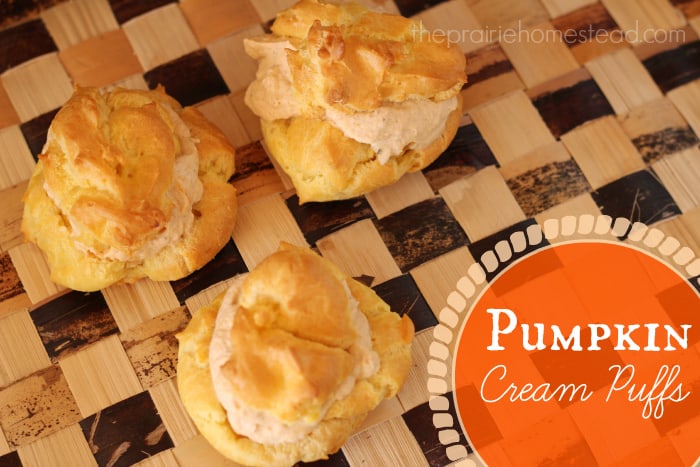 Cream puffs might not be the most “homesteader-ish” recipe, but I’m posting them anyway… Because quite honestly, they just might be the world’s most perfect dessert…. 😉
I’m far from a pastry chef, but I’ve found these rustic puffs to be pretty simple to make- and they are especially lovely when filled with real, raw, whipped cream… You can also fill ’em up with pudding– especially chocolate!
BUT. Considering it’s pumpkin-season and we are celebrating all-things-pumpkin, I couldn’t resist filling them with pumpkin-spiced whipped cream instead. Yeah– it’s hard to exercise self-control when you have these babies sitting in your fridge…

(some of these are affiliate links-just FYI) 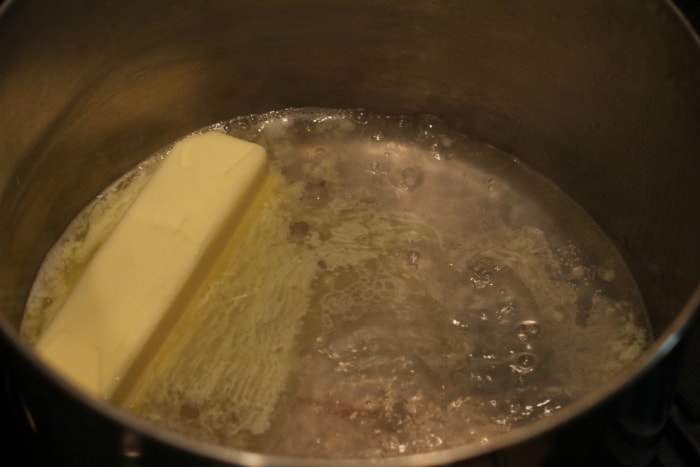 Bring the water to a boil and add in the butter and salt. Once the butter is completely melted, add the flour all at once. 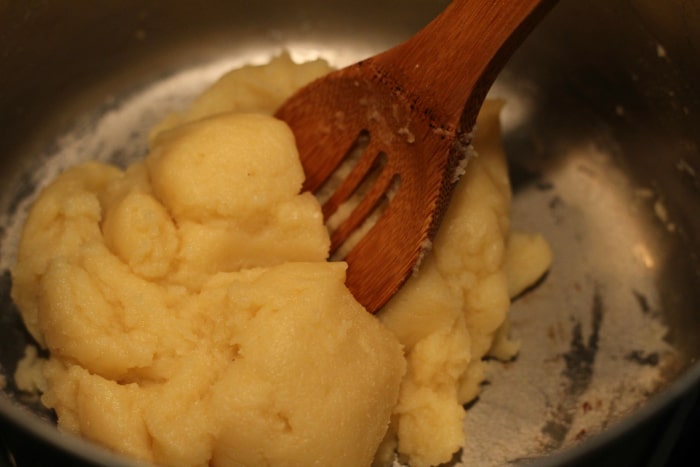 Cook and stir the flour/water mixture until it forms a ball. Remove from the heat and let it cool for several minutes. (This is so you don’t end up with scrambled egg cream puffs… ) 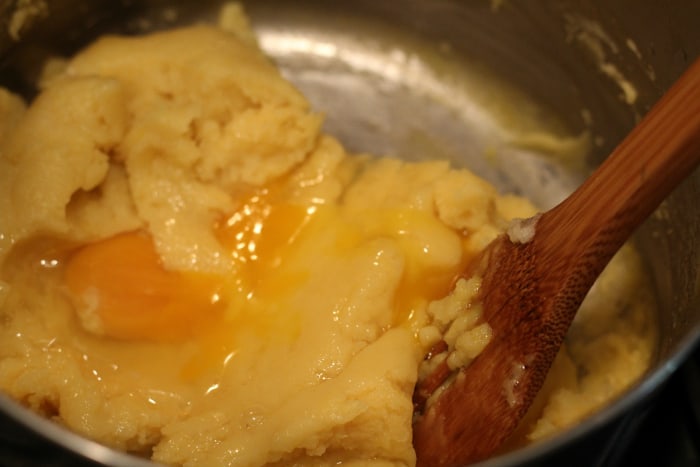 Add the eggs, one at a time. Stir in egg into the mixture very thoroughly before adding the next. Allow the dough to almost become “dry” between each addition. Don’t rush the eggs, people. 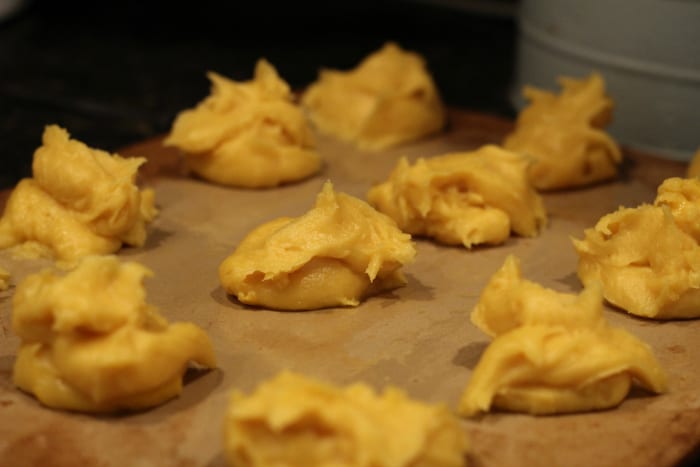 Drop the egg mixture mounds on an ungreased baking stone or sheet. I usually get 10-12 puffs from this recipe, depending on what size you would like. Bake in a 400 degree, preheated oven for 30 minutes or until they are golden brown and gorgeous, like this—> 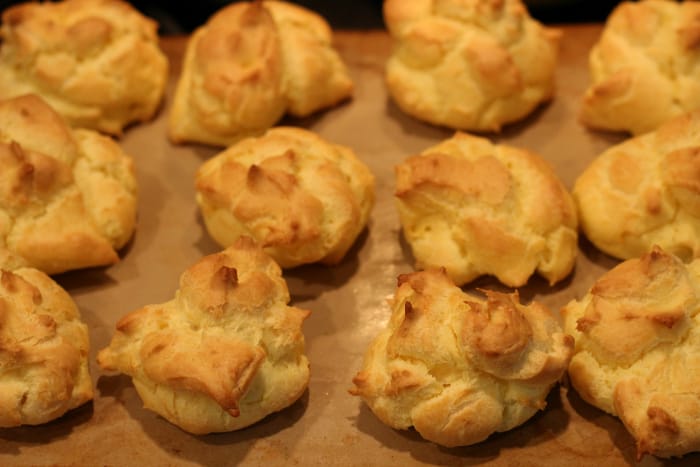 Allow them to cool until you can pick them up without saying “ouch”. This is a great time to make the filling.
In a mixing bowl or stand mixer, combine the cream, syrup, vanilla, and spice. Whip it until it forms stiff peaks. Fold the 1/4 cup of pumpkin into the whipped cream. Now prepare to stuff your puffs.
Depending on your puff consistency, you may or may not have to gut the puffs. If they are dense, you’ll need to cut or break them in half and gently scoop out the “innards.” 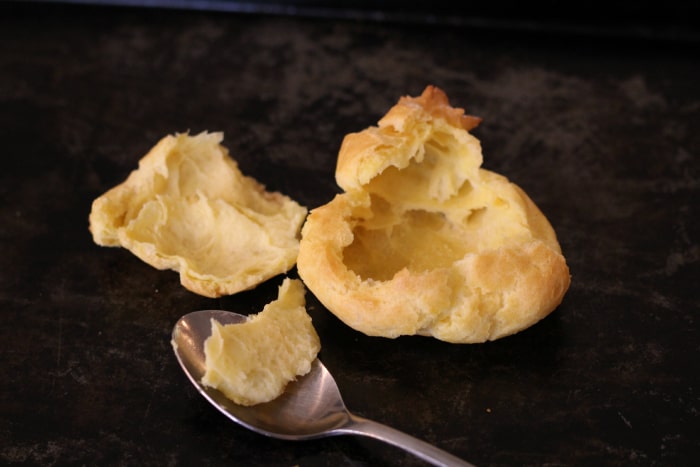 These were pretty puffy, so I didn’t have to scoop out much.
Fill each puff with a generous spoonful of cream filling, and place the little “lid” back on top.
Store your puffs in the refrigerator. 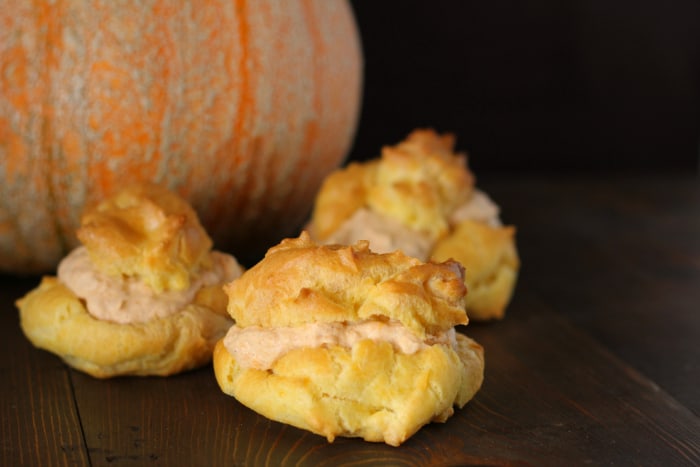 These are best if eaten the same day that you make them- otherwise, they tend to be a little soggy. Of course, if you are a cream puff fanatic like me, you’ll eat whatever cream puff is available, soggy or not. 😉
Print

How to Make Pumpkin Cream Puffs 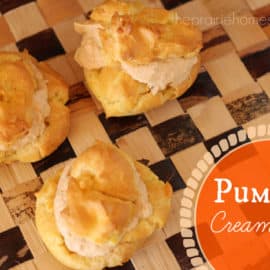 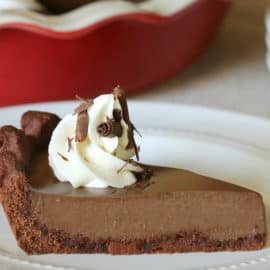 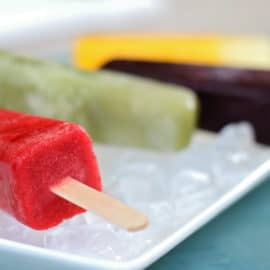 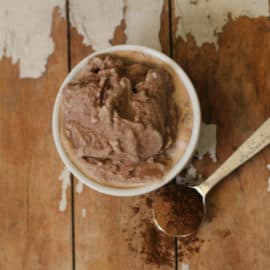 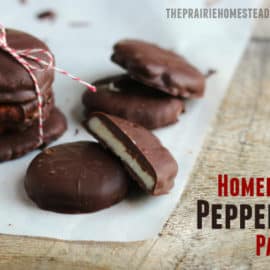